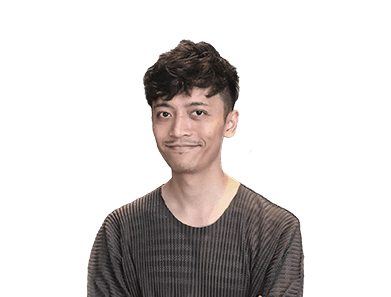 Make a turn on Lee Tung Street to nearby Swatow Street, you can find Cupping room, a specialty cafe run by Kapo Chiu who won the second place and the third place in 2014 and 2017’s World Barista Champion (WBS) respectively. When speaking of Cupping room, it is an specialty cafe that you must visit when going to Hong Kong.

There is a saying goes, “The great coffee is found in the cupping room,” which is used to describe the baristas.

Kapo Chiu got his MBA master degree in the United States, when he first got there, he knew nothing about coffee. However, during the period of studying, Chiu got to know and grew his interests in Blue Bottle Coffee, a cafe shop full of amiability. Blue Bottle Coffee attracts a lot of coffee fans to visit the place daily; the way the shop owner interacts with customers is like familiar friends. Chiu was so fascinated by this scene that he has become a coffee fan ever since. “For a long time, what I know about work is to challenge myself, fight for the best performance and get an outstanding payment. I never though I would have any feeling regarding the things I do. But Blue Bottle Coffee showed me what it’s like to work with passion. And there it is, I decided to become a barista and devoted myself in the world of coffee.”Therefore, after graduation, Chiu refused a highly paid job in America and went back to Hong Kong and started his own coffee business.

Chiu participated his first Hong Kong Barista Champion the next year after coming back to Hong Kong. He was trained by Dawn Chen, who was already quite famous in the coffee world. Winning the first place two times in a row in the following Hong Kong Barista Champion made Chiu qualify to represent Hong Kong twice to compete in the World Barista Championship (WBC). In 2013, Chiu was ranked 15th in the WBC record. His competitors from 2014 WBC semi-final are all well-known baristas and are also people Chiu looks up to, his excitements were beyond words. It was surprising that he defeated those experienced baristas who only focused on winning and earned himself a second place of the contest.

Kapo Chiu doesn’t want to be seen as a star; ever since he started the business, Chiu only wanted to let his customers taste all different kinds of coffee beans around the world. Once he won the championship, he hoped to brew the best coffee to his customers based on his winning skills. And now, he put his attention on roasting coffee beans and is happy to be the upstream supplier of the coffee industry. “If we roast a bag of coffee bean, only a barista can brew a good cup of coffee while the customers can’t do it by themselves, that’s not our hope. We expect that “everyone can brew like a champion.””